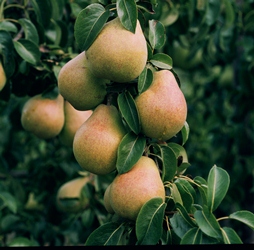 Unless they have been fan-trained against a wall, currants and gooseberries generally do not require any extensive pruning until they are dormant in winter. However, summer raspberries will require pruning as soon as they have finished fruiting at the end of the season. Unlike autumn varieties, summer fruiting raspberries produce their crop on the previous years’ growth. New canes planted last autumn will therefore not produce any berries until next year. In their second year of growth new canes will begin to grow from ground level. These new canes should be tied in to wires or canes depending on their support system. These canes will then provide fruit the following year whilst any canes that have produced fruit this year should be cut down to ground level immediately after harvesting. Do not prune back autumn fruiting raspberries until early spring. Otherwise you will lose the entire crop for this year!

These are very similar to raspberries in that they too produce fruit on the previous years’ growth. The same pruning techniques can also be used for blackberries but as they tend to produce fruit right into autumn so the process is carried out a little later, when fruiting has finished.

Common fruit trees that are grown as standard trees (with a traditional trunk and ball shape) are not traditionally pruned until winter dormancy. Fruit trees that have been grown in a restricted method i.e. cordons, fans or espaliers are summer pruned in July/August to help control their vigour. The basic principle for summer pruning these trained fruit trees is to allow the main framework to grow un-pruned until it reaches the desired size for its allocated space. Any new side shoots that develop should then be pruned back. The amount of pruning required will depend on the type of shoot. New lateral shoots growing from the main stem that are more than a secateurs length (approximately 20cm) should be cut back to three leaves, ignoring the basal cluster in your count. The basal cluster consists of a several leaves growing together at the base of the stem. Side shoots growing from existing lateral shoots will require harder pruning and need to be cut back to just one leaf above the basal cluster. Pruning cuts should be made just above a leaf bud, angling the cut so that it slopes away from the bud, preventing water from penetrating the wound and discouraging diseases from developing. It is important to carry out this process annually to help ensure that the plants remain attractive and their shape is maintained. Pruning will also allow sunlight to ripen the fruit and ensure a good harvest next year.

The original full version of this article first appeared in the Tiptree Tribune.